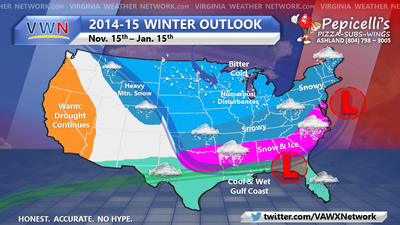 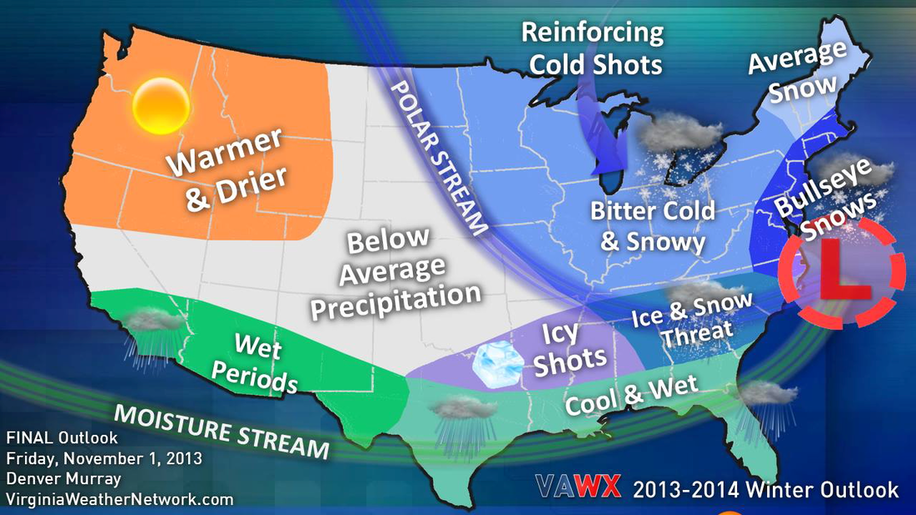 Our FINAL 2013-2014 Winter Outlook is out. Not many changes compared to our preliminary that was issued a month and a half ago. We are still calling for a colder and active season for much of the Eastern United States.

Eurasia continues to build more ice and snowcover. I do believe that this will be a major key to our forecast and across much of the East. Right now, we are starting to see that "flip" across the region as we have been telling you that would likely happen after a few series of cold shots.

Zooming in closer to home across Virginia, we think January and February will feature a lot of cold and snow...not "all" the time, but some really good periods of it. Remember, a lot of cold is not always a good thing, as a fresh cold airmass leads to drier conditions and it suppresses storm systems father south. However, ingredients of a negative NAO/Greenland Block would favor any storm system that does develop across the South to move up the coast.

We still think much of the commonwealth will end up with above average snowfall for the season... much more compared to the previous winter. This can be done with several "small" systems, but we do feel that there is the threat for at least a few bigger storms to bring larger amounts of snow across the area.. Even coastal Virginia could experience above average snowfall.

Elsewhere.... Across the Midwest and Great Lakes Region, typical clipper systems and Lake Effect Snow events will keep things cold and white with periodic cold shots. Across the Western and Central U.S., those already experiencing a cold and snowy fall will slowly transition into a much milder and drier winter. Across the Gulf states, we expect the southern stream to be active from time to time, leading to a very cool and wet winter. 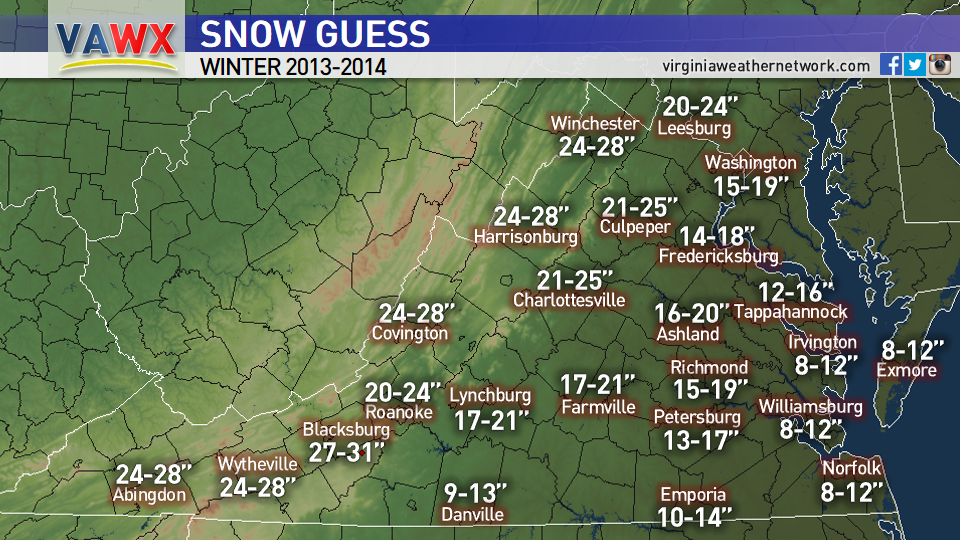